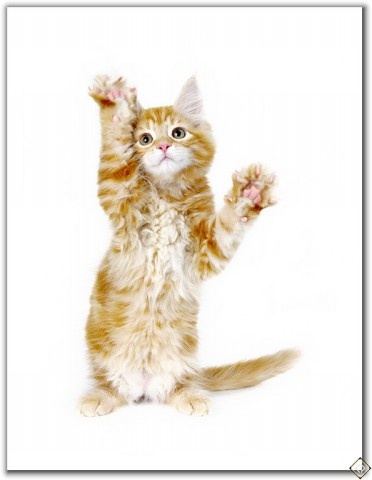 How to communicate with cats

Communication with cats is difficult, especially as most of us think that the meow is the only language completely ignoring the rest of her other body gestures, which breaks the communication between the cat and its owner.

How can you communicate with cats and understand their nature?

How do cats communicate with their owners?

If you ask anyone about how cats communicate with each other or with their owners, they will answer without hesitation by meow, but the fact that the basic language of cats is a mixture of smells and movements of the face and body, and meow and sounds in general are not their preferred language, but use them against their will when you find that we do not understand them , Then you start to

Observe human voices and begin to emulate them, not imitate them.

A short meow is generally a greeting like welcoming you or anyone.
Successive habitat means welcoming and intense enthusiasm, and you will usually notice it when you miss longer than usual.
A medium-tone meow (not high or low) means your cat calls you for something like eating.
Long meow with a moderate tone means insisting on his request.
The meow in a low voice and a bit long means he is upset and complains about something.
Loud meow means that it is an urgent need to meet his request as it happens when he is hungry for example.

Other sounds from cats There are some other sounds that most of us may not pay attention to and may not hear, but it means a lot to cats and is considered one of the basics of communication, the most important of which are the following: Sizzling, a throbbing sound emanating from the cat’s throat and is a sign of comfort and desire to relax or play . Hissis is a throbbing, aggressive sound that a cat makes when it is very resentful and often defensive.

Watch your cat’s tail Cats use their tails heavily in the process of communicating with each other or with their owners.Understanding the shape and position of the tail and its connotations will help you a lot in communicating with your cat:
Lifting the tail straight and rolling its end is a sign of happiness and contentment.
Moving the tail in a flicker-like manner means your cat is either too excited or too worried!
Standing the tail hair in a needle-like shape means your cat is excited or feels threatened.
Exaggerated tail vibration means that your cat is excited and very happy.
The rise of the tail hair and its N-shape is a sign of extreme aggression and you will often notice this gesture while fighting with a cat or other animal.

Look at your cat’s eyes The cat’s eyes reveal a lot about his feelings, so he must be monitored and understood well, but nevertheless avoid completely looking at his eyes directly without any movement, the cat may understand this as a threat and rush to attack you, as well as eye gestures alone will not explain you much and must To tie it to the rest of his gesture:

Dilated pupils indicate either delight and intense enthusiasm for play, or fear and a sense of threat and aggression.
If your cat gazes in your eyes, it feels good and reassuring.
Closing the eyelids slowly indicates the cat’s satisfaction towards you and show it some passion and love.

Watch the movements of his body in general, the body of cats is more flexible than human, so rely on it almost completely when communicating with humans or cats and other animals, in addition to the above mentioned these are the most important physical gestures of cats:

If the cat raises her nose and tilts her head back a bit, she says, “I know you.”
If your cat sits on the window while you’re going, it means he will say goodbye to you.
If her ears are tilted back either she feels scared, anxious or wanting to play.
If you start to sniff something and get around it, you want to know more.
If your cat shows his tongue and licks his lips, this is a sign of fear or anxiety.

Raise your voice a little within reason to indicate the happiness and satisfaction of your cat, but if you are dissatisfied with doing something, use a low tone.

Repeat the words more than once with certain verbs to help your cat understand them faster and associate them with what you want, for example, say “sleep” as you go to prepare your bed, turn off the lights, etc.

From her ears to the tip of her tail, cats use body language to express their mood. Obedience, aggression, affection and fear are just a few of the feelings you can understand and read by observing your cats. Your cats will handle it.

As you own the cat, the cat also when he loves you wants to own you where the cat massage his body around your body and your feet where the glands around the nose, cheeks and chin in the cats sorting a certain smell and when that smell is transmitted to humans and this is considered to have cats and this shows love and affection .
When your cat is excited to see you hold his tail in a row, you may feel a jerk in your cat’s body.
The submission of the cat to tie you to his head and body and move his tail from side to side quietly and leave his tail on the ground means that he is accepting your dominance and happy with what you do with him.
The rise of the cat’s ears to the top shows curiosity and curiosity, but in the case of withdrawal of the ears back is a sign of anger and it will make aggressive movements surprise.
When a cat looks deep into your eyes, it shows confidence in you and his love for you, as humans do, but when the eyes of cats are wide on the last, this indicates fear or discomfort.
Watch out for the erection of the cat ‘s tail

The most interesting information about the types of dwarf cats

Information about the Burmese cat